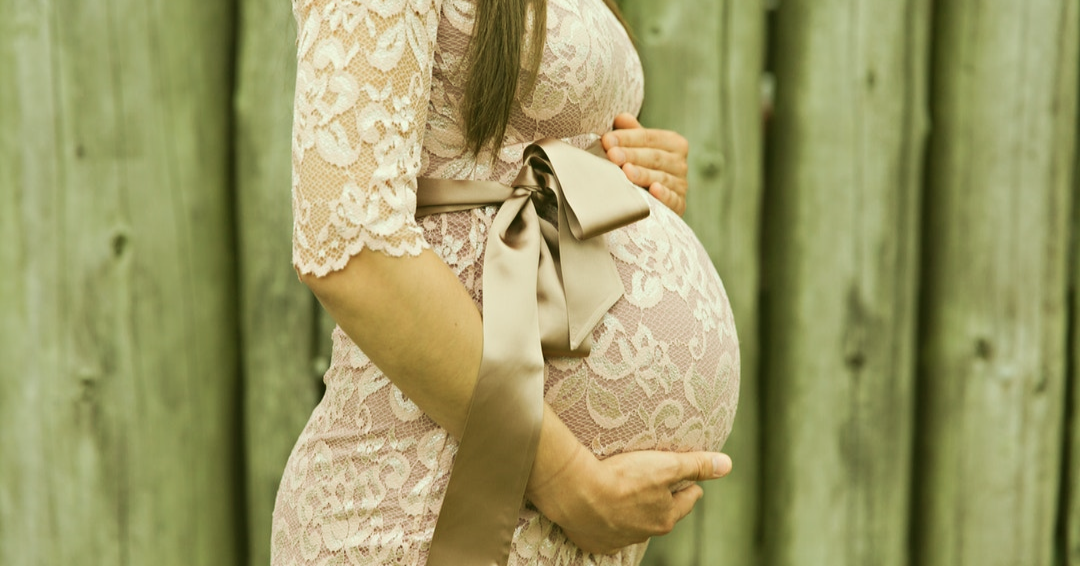 Uterine fibroids are commonly associated with heavy periods and pelvic pain. However, a subset of women, depending on the number, size, and location of their fibroids, may also experience certain reproductive challenges. For women diagnosed with fibroids, it is important to understand how your unique fibroid burden can impact your ability to become pregnant and carry a pregnancy.

Women with fibroids know that the pain and bleeding can extend beyond their day to day life and into the bedroom. Fibroids, particularly those in the front and top portions of the uterus have been shown to be some of the more significant contributors to dyspareunia, or pain with intercourse. Interestingly, the number and size of uterine fibroids has not! For women having penetrative intercourse and trying conceive, the pain can be the first of several potential deterrents to becoming pregnant. Fortunately, not all uterine fibroids impact a woman’s ability to conceive – the location matters! 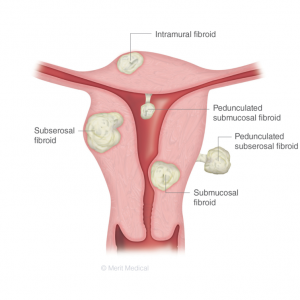 Submucosal fibroids are generally considered to be the most problematic from a fertility perspective given their ability to cause anatomical disruption of the uterine cavity shape. It is believed that distortion of the uterine cavity can create areas within the endometrium (the lining of the uterus) that make implantation of an embryo less likely. Additionally, the heavy and irregular bleeding from submucosal fibroids has been implicated in creating a less favorable environment within the uterus for embryo implantation. While Intramural fibroids can impinge on the uterine cavity, depending on their size or location, their role in fibroid related infertility is much less certain. Subserosal fibroids are generally felt to not pose a reproductive risk for women trying to conceive given their location.

Women with cavity distorting fibroids (submucosal) are commonly recommended to undergo surgical treatment if they have had difficulty conceiving or are planning to undergo infertility treatment. The most common approach to treating these fibroids is via hysteroscopy – utilizing a long telescoping camera to distend and visualize the cavity of uterus. Fibroids that are identified as distorting the cavity can then be resected, or shaved down, to normalize the shape of cavity. The procedure is performed routinely and risks include uterine perforation, incomplete resection and scar tissue formation. Women who undergo this procedure are generally recommended to wait 1-3 months before trying to conceive after surgery.

What about when you do become pregnant with uterine fibroids? What happens? The first question that many women have is, “will my fibroids get bigger?” Pregnancy is a time of increased estrogen and progesterone levels and enhanced blood flow to the uterus – all of which have been implicated in fibroid growth. It is believed that about 50% of women have no change in their overall fibroid size, 15-25% will have an increase and another 15-25% will note a decrease in size. Fibroids larger than around 5 centimeters are more likely to grow during pregnancy. The good news is that about 90% of fibroids shrink back down to pre-pregnancy levels at 3-6 months postpartum.

The second most common question pregnant women with fibroids have is, “will this have any impact on my pregnancy?” For most women, the answer is no! The most common condition women with fibroids face is fibroid degeneration. As fibroids grow in pregnancy and blood flow is re-distributed to the growing pregnancy, fibroids may begin to experience a lack of nourishment. This reduction in nourishment is experienced by women as an acute exacerbation of pre-pregnancy fibroid pain. While the pain can often be quite intense, it is transient and usually self-resolves over several days to weeks with the use of oral pain medication. The more serious, but rare complications of fibroids in pregnancy are largely related to fibroids that distort the shape of the uterine cavity. These include an increased risk for early pregnancy loss, premature labor and delivery, abnormal fetal position (breech), and placental abruption (separation of the placenta from the uterus). Fortunately, despite being at an increased relative risk of these outcomes, the absolute risk increase is small.

If you have been given a diagnosis of uterine fibroids and are having difficulty conceiving, talk with your doctor! Ask about treatment options that are consistent with your short and long-term goals for symptom control and child-bearing. If considering surgical treatment, make sure you seek out a high-volume, experienced surgeon. If you are pregnant and have fibroids, talk to your Obstetrician about potential risks and what to be on the lookout for during your pregnancy.

Concerns or questions? The Fibroid Foundation is here to help! 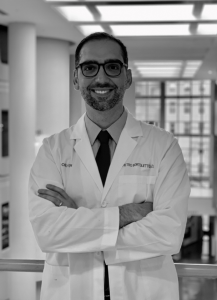 Dr. Pietro Bortoletto attended medical school at Northwestern University’s Feinberg School of Medicine and recently completed residency in Ob/Gyn at the Brigham and Women’s Hospital. He knew he wanted to be a reproductive endocrinology & infertility specialist (REI) since he was in medical school. He now gets to live that dream every day as a first year REI fellow at Weill Cornell’s Center for Reproductive Medicine. His interests in fellowship center around the application of IVF for disease prevention, reproductive surgery and investigating novel delivery mechanisms for infertility care. He wants to take the field of REI into its next 40 years of existence as a more inclusive, data-driven, and patient friendly specialty.